You are in: Home /  Discover the territory /  Nature /  The Cascata del Lupo Path

One of the classic walks in the district of  Bedollo

Cascata del Lupo is a place not to be missed, for its beautiful pristine natural surroundings and for the power of the water flowing from the rocks.

To reach the waterfall, you start from the square in the town of Piazze di Bedollo, where the route begins, descending into the ravine, passing through the valley formed by the Rio Regnana. You take the path that heads down, quickly losing altitude: the descent, in some parts, is made easier by stairs and a handrail, which lead to the waterfall. From here, you can continue until you reach the Segonzano earth pyramids. To return, you follow the same route back.

The waterfall can also be reached starting from the Segonzano earth pyramids (marked as trail SAT 406). For those who are feeling a little out of shape, most of the way can be followed by car. We suggest parking just before the beginning of the Strente forest road. From there, a ten-minute walk leads to a narrow ravine carved in the porphyry, where you can admire the 36-metre high waterfall, set between dark vertical walls of porphyry, coated with moss and lichens in garish colours.

If you do the walk from the square at the Segonzano Pyramids, it is possible - after the Cascata del Lupo - to climb back up towards Marteri or Mas dei Laiti, to join trail SAT 406/B, which coincides with European Trail E5, and to return to the starting point passing by Quaras and the Sentiero delle Piramidi [Pyramid Trail].

The municipal territory of Bedollo covers the northern part of the Piné Plateau, and is named after the birch tree, locally known as Bedòl

The site is open to the public and can be visited free of charge all the year round. It also has explanatory panels that illustrate the functioning of the ovens and the life of the population of the time. 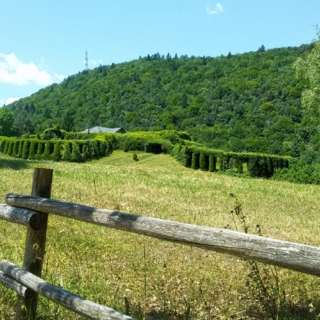 It is a plant construction of beech and pine trees, especially interwoven and pruned in order to create a tunnel with a grassy sward in the middle.

The earth Pyramids of Segonzano

A masterpiece of nature: towers, crests, pinnacles arranged like organ pipes, tall columns towered by a huge porphyry rock – these are the earth pyramids in the municipality of Segonzano. 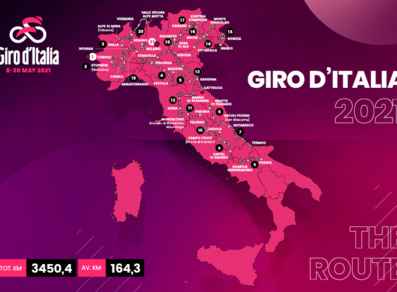 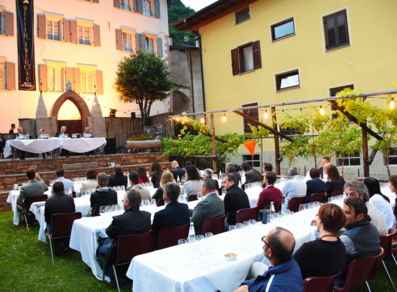